Check Out the Big Wins from April

Whether owing to the warming of the weather, easing of lockdown in places - or a welcome combination of both, the constant supply of big wins dried up at the Wildz reels slightly last month.

In fact, April marked the first time that no payout north of $100,000 graced our Big Win table for some time.

Yet despite the absence of a six-figure score, there were still plenty of juicy big wins finding their way to Wildz players’ accounts for us to report on. Let’s cast our eyes over the top 10 in this article.

Thunder Strikes at No. 1 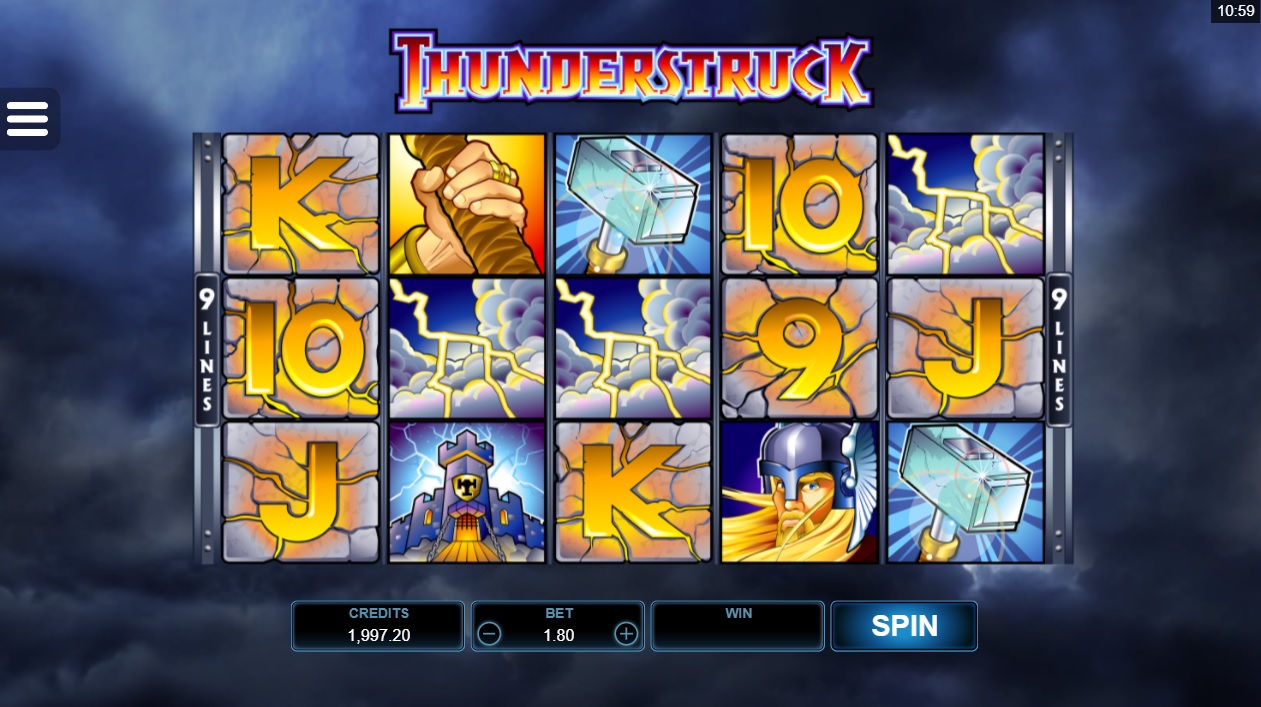 April saw us welcome a brand new number 1 to the Wildz Big Win winners enclosure. Ironically, the game is one of the oldest around.

Produced by industry stalwart Microgaming, the mythologically-flavoured Thunderstruck is almost as ancient as its creator - seeing life way back in 2004. That represents an eternity in casino land, but as everyone knows, it only takes seconds to land a chart-topping win once the reels turn.

Steeped in Scandinavian legend, the slot’s visuals reveal a lot about its age - featuring outdated cartoonish illustrations across a bare 5x3 reel setup. Now in its 17th year, Thunderstruck is also noticeably thin on extras, offering just 9 fixed paylines plus a solitary bonus feature: its Free Spins round.

What the game lacks in places it makes up for in charm, though. Despite its age, the slot has managed to survive the glut of new-age releases tearing up the scene, paying out $92,888 to one lucky Canadian last month. 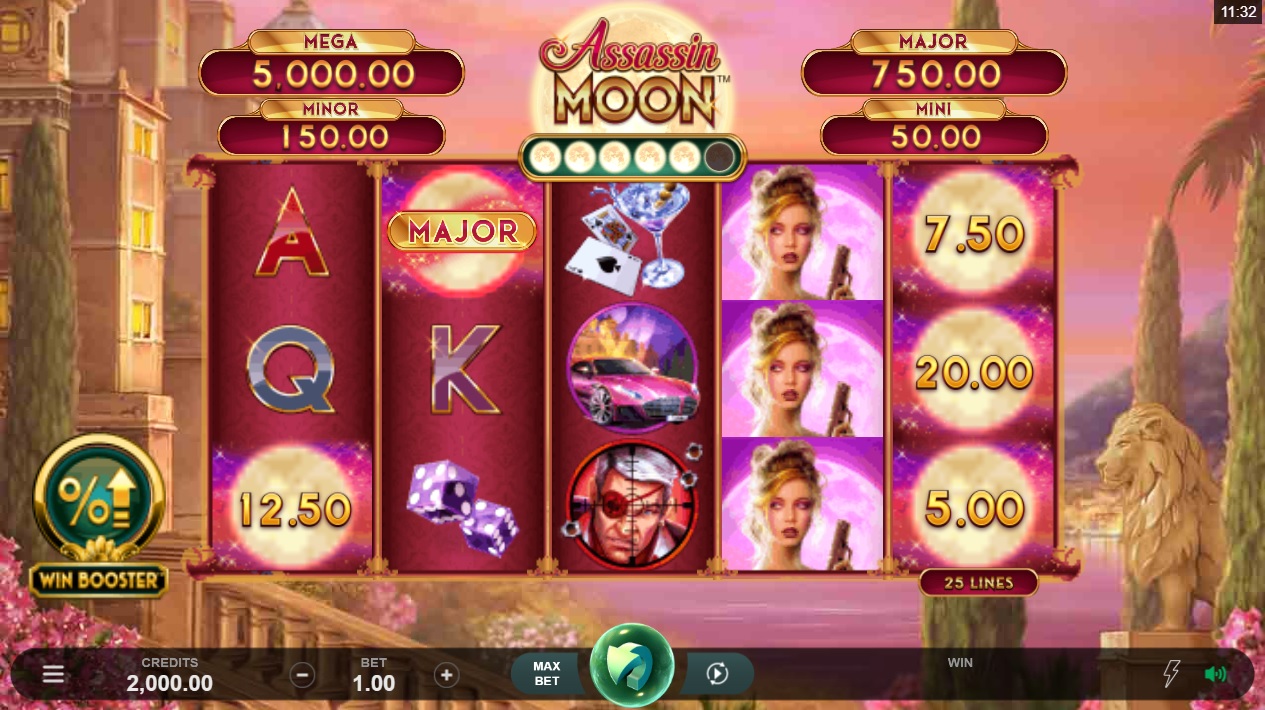 In second was an Art Deco-styled creation full of glitz and glamour from Microgaming partner Triple Edge Studios.

Assassin Moon invites slot fans to indulge in a spot of espionage with femme fatal “Lola” for company. The setting is somewhere luxurious - Monte Carlo perhaps, reinforced by the slot’s backing audio.

Microgaming’s HyperHold feature is central to the action in Assassin Moon, brought into play by land 6 or more moon symbols. Triggering moons then lock in place while 3 respins follow, with all symbols displaying a cash value topping out at 5,000x your stake. Free Spins also play their part in this classy spy game, responsible for a $60,228 payday on April 25.

Enter the World of Dinopolis 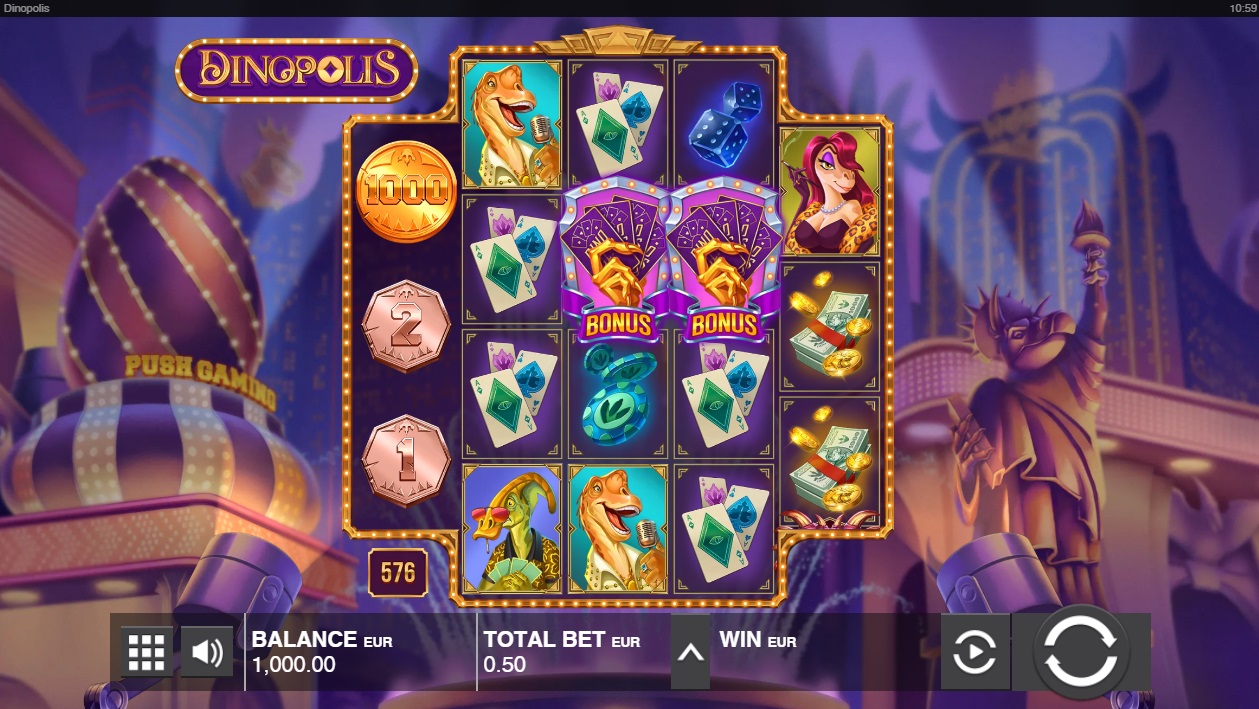 Not long into April, premier provider Push Gaming delighted the slot world with a Dinosaur-inspired release that scores high on extravagance.

Featuring an unusual 3-4-4-4-3 reel arrangement, Dinopolis sees a raucous band of reptiles gallivanting around Vegas in search of a good time. Big animals call for a big theme, and that is exactly what Push Gaming provide - on top of a huge max win (50,000x) and copious features to boot.

Several of those can be used on your way to the big wins in Dinopolis, like Cash Collectors, Free Spins, Object Picks, Scatters and Wilds, to name a few. They’re a potent mix when they get firing, as one Wildz player found to the tune of $52,150 last month.

Elsewhere, Play’n GO sent one player wild in April with a quirky slot from their Leprechaun range. Serving up a $28,645 win towards the end of the month, Leprechaun Goes Wild promises pots of gold worth a max 10,000x your stake for the very luckiest slot players, helped by Luck of the Irish, Free Spins, Wild and Scatter features.

Fire In The Hold xBomb Explodes 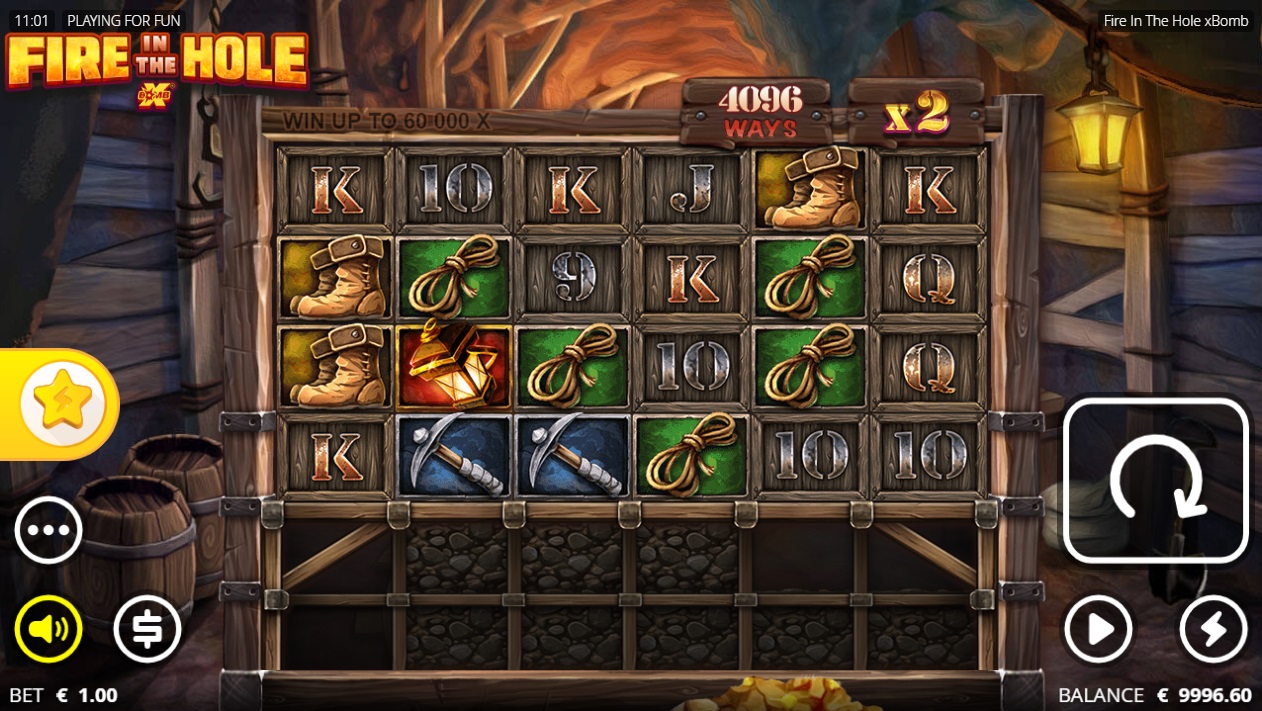 There was a rather different complexion to the Multiplier table in April, headlined by one of the year’s smash hits.

Whenever a new slot drops from Malta-based Nolimit City, players descend on the game in an attempt to be the first to crack its max win. Last month one player came within a whisper of doing just that at Wildz, registering a 53,577x Multiplier Win playing Fire In The Hole xBomb to truly ignite the slot reels! The game’s advertised win, incidentally, is 60,000x your bet.

The action in Fire In The Hole xBomb unfolds deep in the depths of a primed mineshaft, where players grapple with features including xNudges and Free Spins to aid them in their mining quest. The graphics are on point, complemented by an ominous audio that feels ready to explode into life at any moment.

This looks to be another engrossing blockbuster from Nolimit City, unrelenting in their drive to become the number one online slot provider globally.

Swedish provider Yggdrasil are represented for the fist time in this report with their appropriately-themed Viking Runes video slot.

Players can’t seem to get enough of certain slot themes, with those boisterous Vikings returning time and time again for more high octane pillaging action. This time the Norse adventurers’ efforts paid off hugely, catapulting one lucky Canadian to the game’s max win: 25,000x to be precise - enough to take runner-up in the Multiplier chart.

Getting anywhere near that figure is only possible with the aid of several bonus features: namely Viking Sorcery, Runic Shuffle, Free Spins and Cascades types.

Love is (Still) in the Air 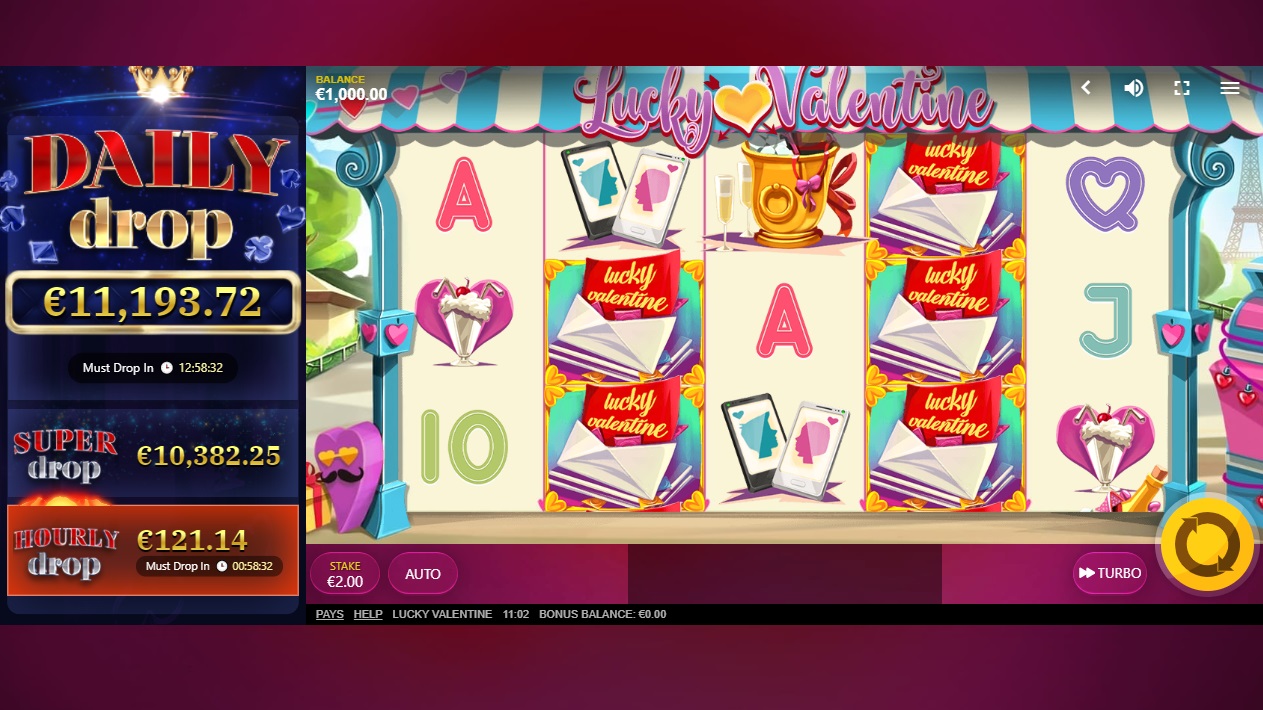 This being April, we were slightly surprised to find an unmistakably Valentine’s-themed game make its way onto our table two months after the celebrations generally fizzled out across the world. Maybe someone missed the memo? Or perhaps they’re still feeling the love? Either way, Red Tiger Gaming’s 5-reel, 20-payline slot Lucky Valentine proved befitting of its name in April for one Austrian player, dishing up a win equivalent to 14,688x to take fourth place.

Where else than Paris - the official City of Love - provides the backdrop for the game. The slot is rich thematically - and also on features. Make use of Cupid’s Reels, Mega Wilds, Love Bombs and Love Multipliers as you eek out wins as big as the Eiffel Tower.

Notwithstanding the abundant seasonal motifs, Red Tiger somehow resisted the temptation to go overboard on the theme. Nonetheless, Lucky Valentine provides sufficient bouts of carefree gaming to keep players loved up till February.