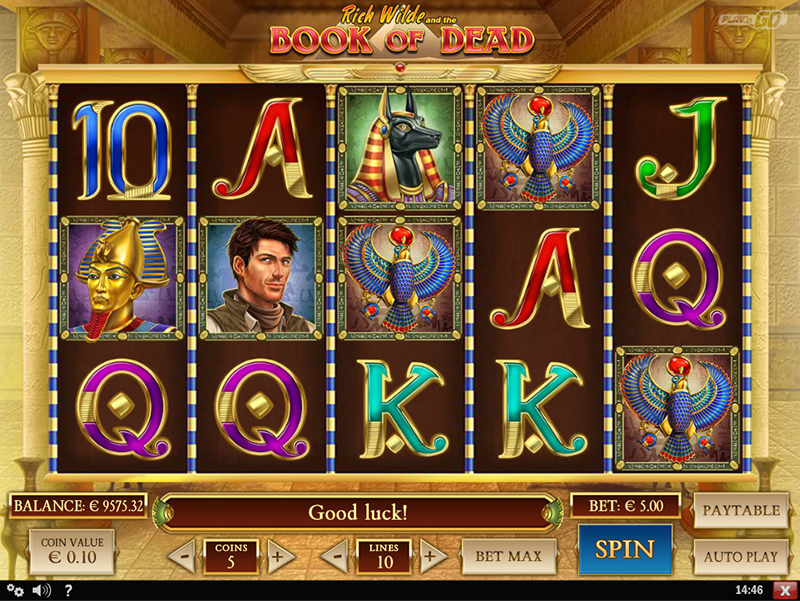 When playing Book of Dead you might endure prolonged winless streaks, but when you hit a winning combination you can usually expect a high payout. It’s not to say that you will keep playing forever without winning, it just means the wins will not be as frequent as in other online slots like Starburst.