Powered by content creator Just For The Win, Double Lucky Line takes players to the Far East for some magical cultural enlightenment.

From the outer packaging this might appear like any other Asian-inspired video slot, but scratch the 5-row, 3-reel surface to find an enticing creation that packs a load of Eastern charm, with one or two surprises thrown in. 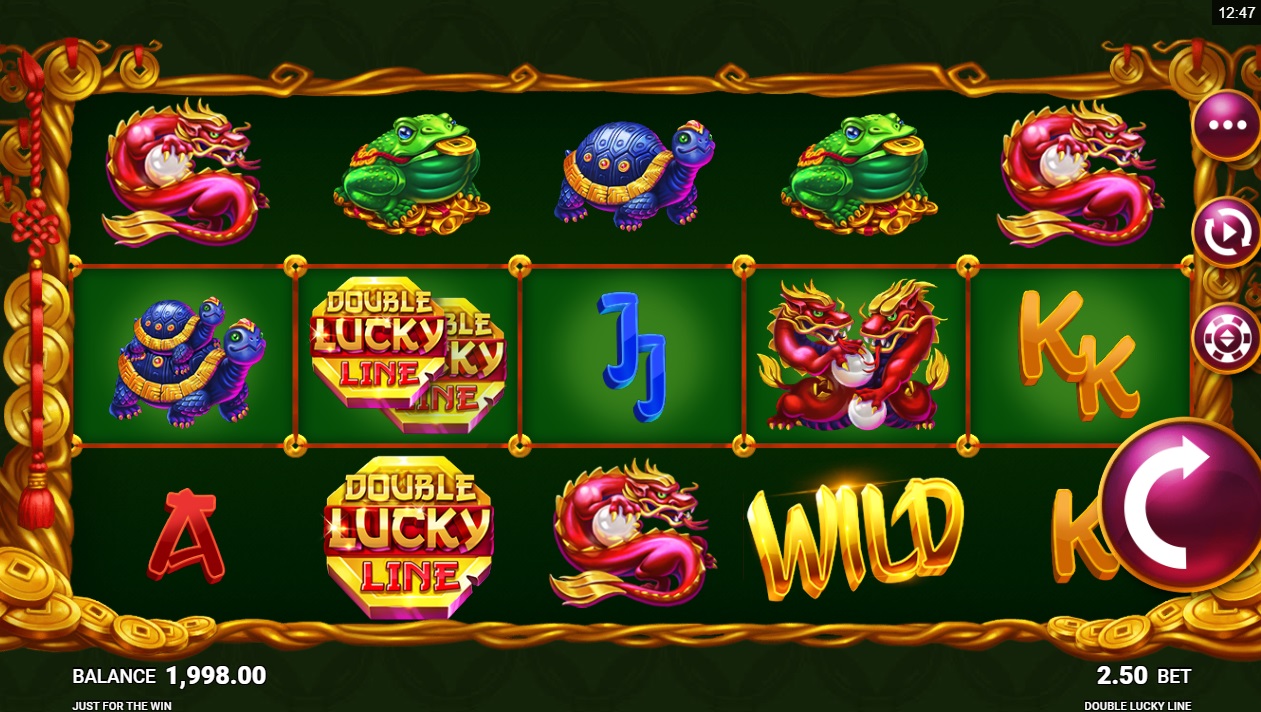 The slot is adorned with mythological imagery synonymous with Asian society. Said to hold the keys to boundless fortunes, think Frogs, Turtles, Dragons and Coins produced in colourful tones; they’re all on display. Making up the remaining paytable symbols are lower paying Royals running from J-A that award up to 0.8x your bet for landing five of a kind. Premium wins worth a top 300x are possible for catching five Double Lucky Line logos during a spin.

A gilded game window provides the frame, upping the opulence factor, while a pleasing but fairly generic soundtrack completes the scene.

Despite the slot’s pretty standard format and accompanying theme, the developer have opted for an unusual 17-payline configuration, upon which two or more matching symbols award a payout. As usual, wins must line up from a left to right direction, starting at reel #1.

Just For The Win have also chucked in no less than three separate Wild symbols to help you land winning combos. Regular, Double and Money Tree Wilds do their usual thing by stepping in for all regular symbols. The latter, meanwhile, is exclusive to Free Spins, while 2-6 Random Wilds may pop up to enhance your base game spinning at random moments.

Look out for Double Symbols coming into play, which amplify your win opportunities by producing twice the number of symbols appearing across the middle row - making 10-of-a-kind wins a possibility. 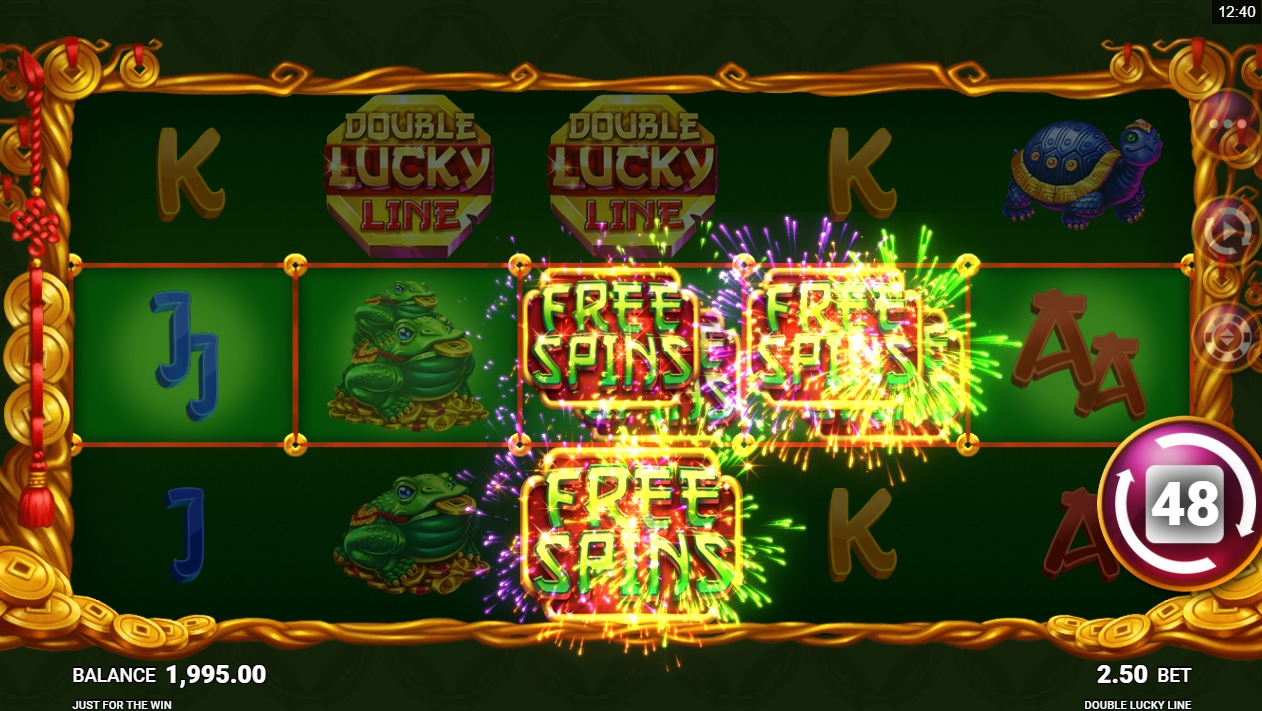 Landing three or more FREE SPINS symbols during a base game spin awards 10 Free Spins, with more spins on offer for each additional Scatter.

Any Lucky Wilds that show up during the round award one re-trigger, with a maximum 25 Free Spins to be earned in this potentially lucrative feature.

Double Lucky Line comes tailor-made for mobile gaming. The slot is programmed for seamless handheld play without losing any of its graphic output, regardless of your chosen device.

Double Lucky Line’s middling volatility score makes it ideal for some low intensity play while on the move. The game should provide a steady stream of bite-sized wins to keep players suitably satisfied for long periods - great for anyone reluctant to inflict large wounds upon their bankroll.

Hardcore gamers, on the contrary, plus those seeking a slightly more intense slot affair, are best advised to take their game search elsewhere.

In keeping with its middle-of-the-road appeal, Double Lucky Line offers an RTP of 96.02% - squarely in the mid-range for online slots.

While Double Lucky Line won’t win any awards for originality, or creativity, it represents a pleasing addition to the long line of Asian-themed video slots on offer at Wildz.

If simple, casual gaming built around a dependable theme is your thing, Double Dip Lucky Line could be the slot for you.

Double Lucky Line, along with scores of Asian-themed slots, are available to play at Wildz. With similar variance ratings, fans of the category can try out Play’n GO’s Chinese New Year, or Money Mouse from Pragmatic Play, for a similar slot experience.

When was Golden Lucky Line released?

Can I play the game for free?

What is the RTP for Golden Lucky Line?